Series of watercolor illustrations of focused on atmosphere.

This series of illustrations started with the cover image for my 2022 book “Kuradashi.” When making this watercolor and pencil painting, I focused more on the atmosphere and feelings I wanted to convey instead of just following an interesting photo as a reference.

I imagined a scene containing a Kura (Japanese warehouse) being open on a windy but bright autumn day from scratch, making a lot of rough thumbnails and sketches and exploring the idea deeply before starting the final image.

To my surprise, the contents of the picture flowed from my imagination quite freely, and I had just to look up and confirm a few architectural details of the iconic design of the building to finish the illustration.

The experience of making this image was so refreshing, and I liked the result enough that I tried to capture similar atmosphere-based ideas in a series of works. 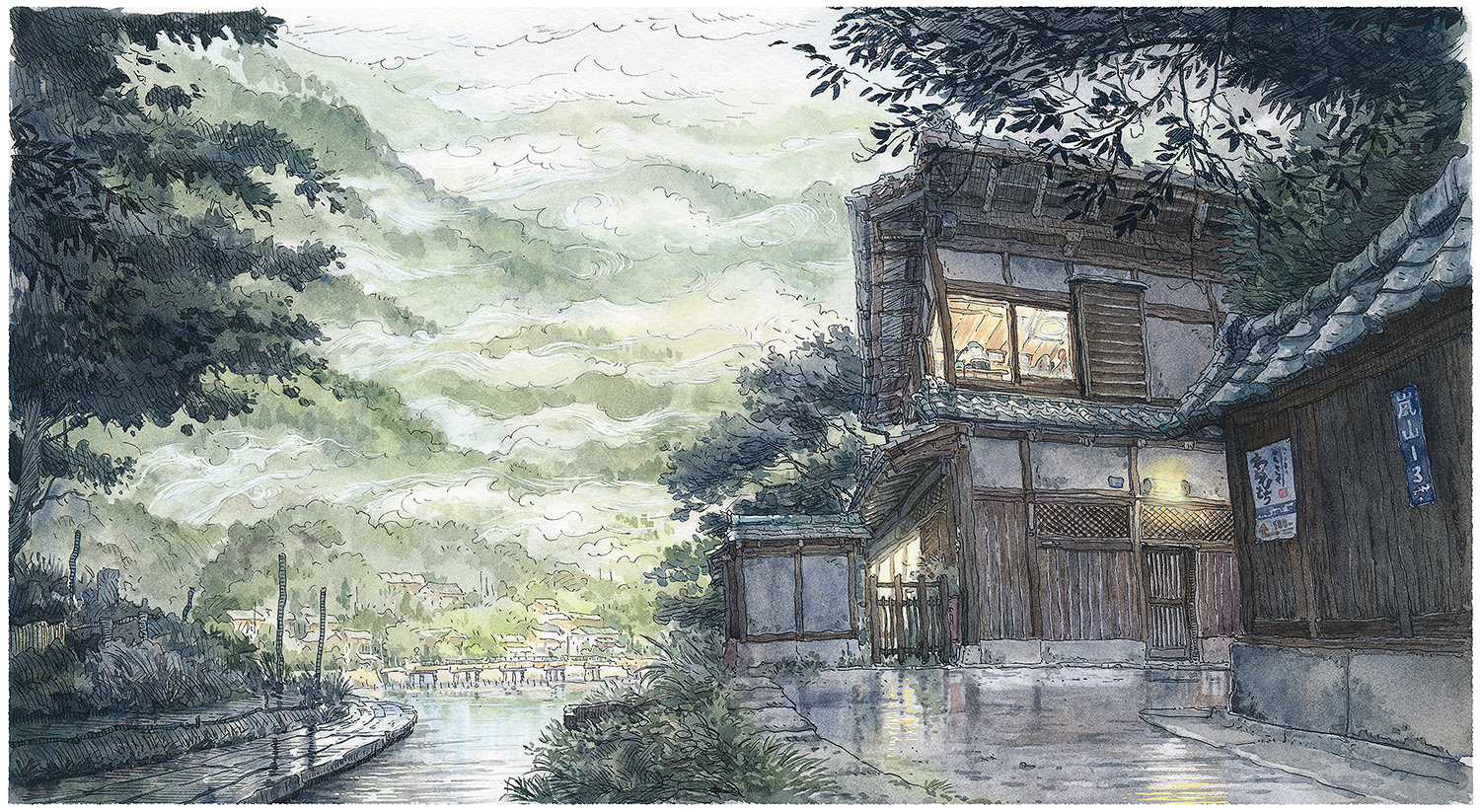 This image was inspired by memories of being caught in a sudden downpour while exploring the Arashiyama neighborhood near Kyoto.

An attempt to capture the act of transformation; when autumn changes paths we know well into pieces of a mysterious country that can be beautiful but also a bit otherworldly spooky.