Painting everyday scenes from an imaginary, pleasant and nostalgic city. In many of my previous projects, I searched for pleasant, exciting, and nostalgic Japanese cityscape fragments. I then painted them as best as possible to make them look even more appealing. I tried to bend the reality I saw to do my artistic bidding, as is often done by animation background artists. Next, in the “Tokyo at Night” book, I explored and portrayed Tokyo’s night side, trying to uncover the truth about it. When painting those illustrations, I realized that I could make even quite desolate, grimy back streets seem appealing. This was a problem. Even though the final pictures looked “cool,” I wouldn’t say I like the original places, really, and would not want to live in a city like that at all.

So, together with Kana, we started thinking about how a more pleasant to live in city would look like. I tried to imagine everyday scenes from such a place without making them look too nostalgic and unobtainable. It’s not the “rose-colored” past or a world from an animated movie that will never come to be. I’m tried to paint a city that could exist in Japan even now.

I decided to paint digitally this time to convey more of the atmosphere of each place. I wanted to capture the temperature, the smell of the air, the play of the light, or the weather. For this, having the flexibility of digital tools helped a lot.

To fuel this creative attempt, I was using a lot of elements from the many reference photos I took in Japan during ten years of living here. Having a library like this allowed me to make the paintings more believable. 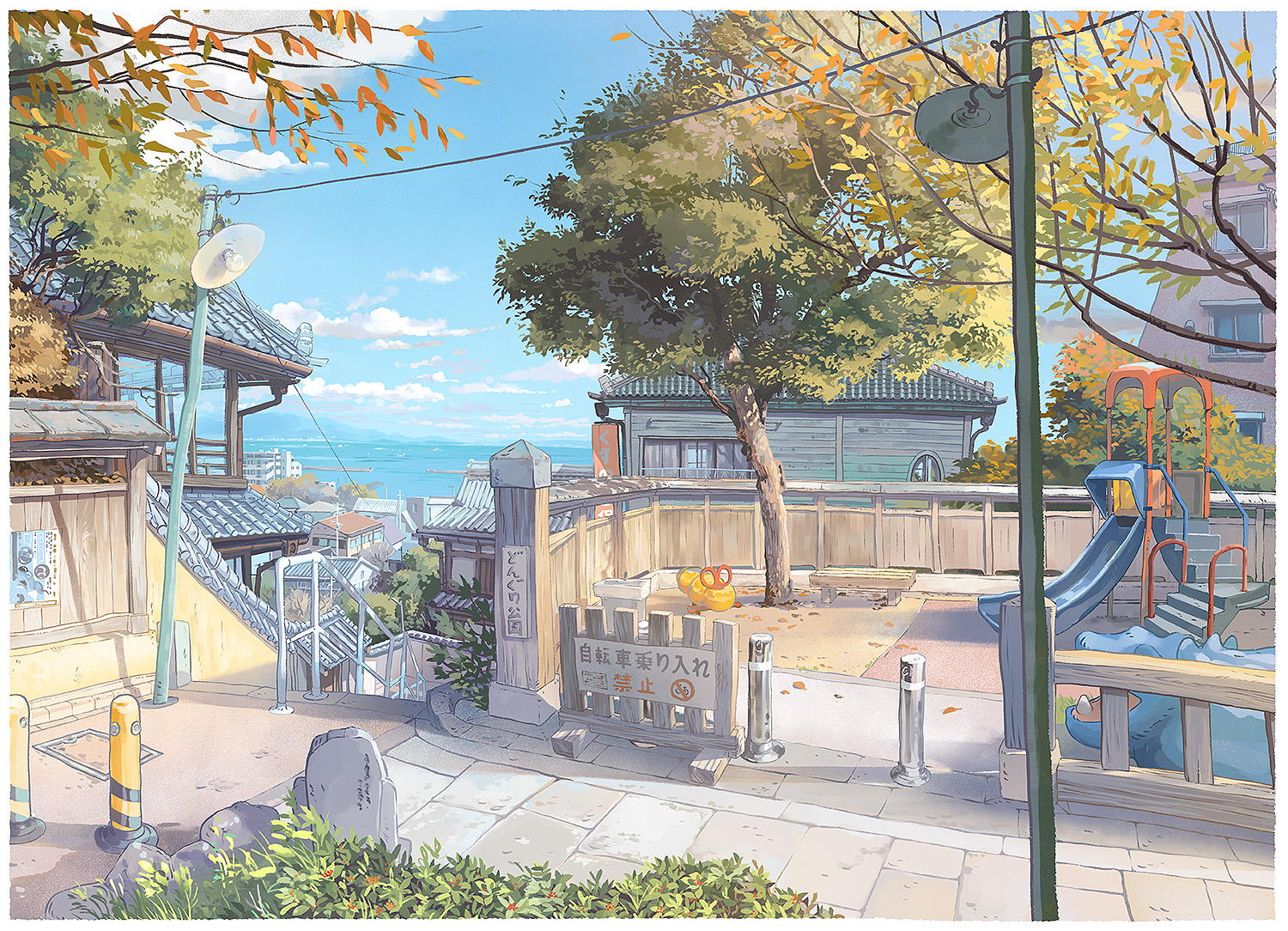 Because these pieces were made on my iPad using applications such as Procreate or Art Studio Pro, I’m able to show the process of painting in my YouTube videos: