10 piece series about the bicycling boy through his day as he fights to reach his goal.

This project started as something I did just for fun in my free time. Inspired by the animated Studio Ghibli movie “Whisper of the Heart” and its original setting location Seiseki Sakuragaoka in Tokyo, I did the first watercolor illustration which quickly spread through the Internet. Following this I decided to make a 10 piece series about the bicycling-it-hard-boy through his day as he fights to reach his goal.

Finally, because of the rarely shown in this way modern Japan, this series was featured on many Japan-themed portals and blogs (as KOTAKU for example), and got to be published, along with an interview in a Studio Ghibli’s book about the “Whisper of the Heart” movie.

Buy prints of this series » 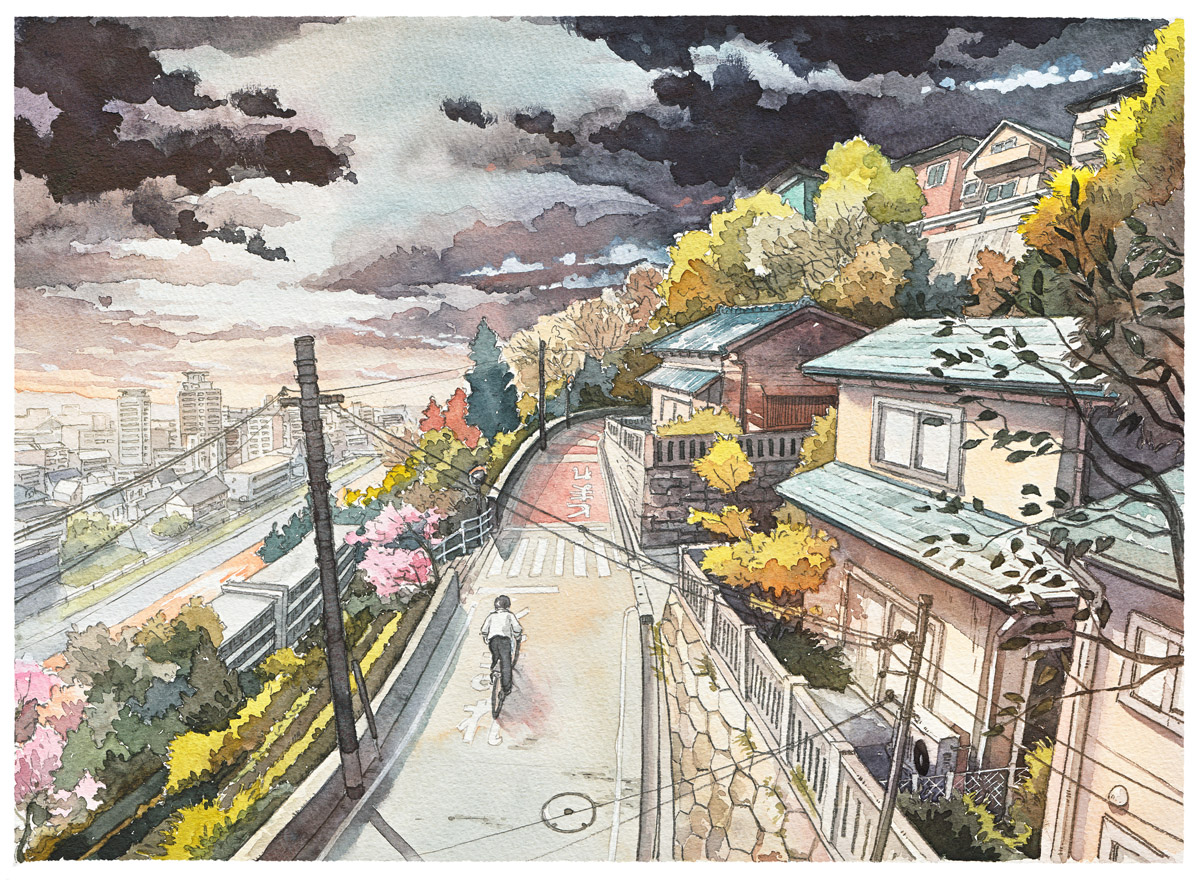