I was in charge of making a series of Kobe (a city in Japan near Osaka) themed illustrations for the limited packaging of Kobe Roasted Chocolate made the famous Glico company. Kana helped designing the characters featured in all of the images.

The idea behind this commission was to use another Kobe themed product - a series of Kobe Inks. These colored fountain pen inks are made by a local company called Nagasawa and all the shades are based on vistas from around the city. There are more than 70 colors available, so I was able to choose a set allowing me to work similarly to what I’m used to with my watercolors.

The series included four illustrations for cards that would be inserted into chocolate boxes and six panoramic paintings that would be printed on the reverse side of chocolate bags. The bags can be cut and then reversed to form a sort of a bowl.

This is how the images look printed: 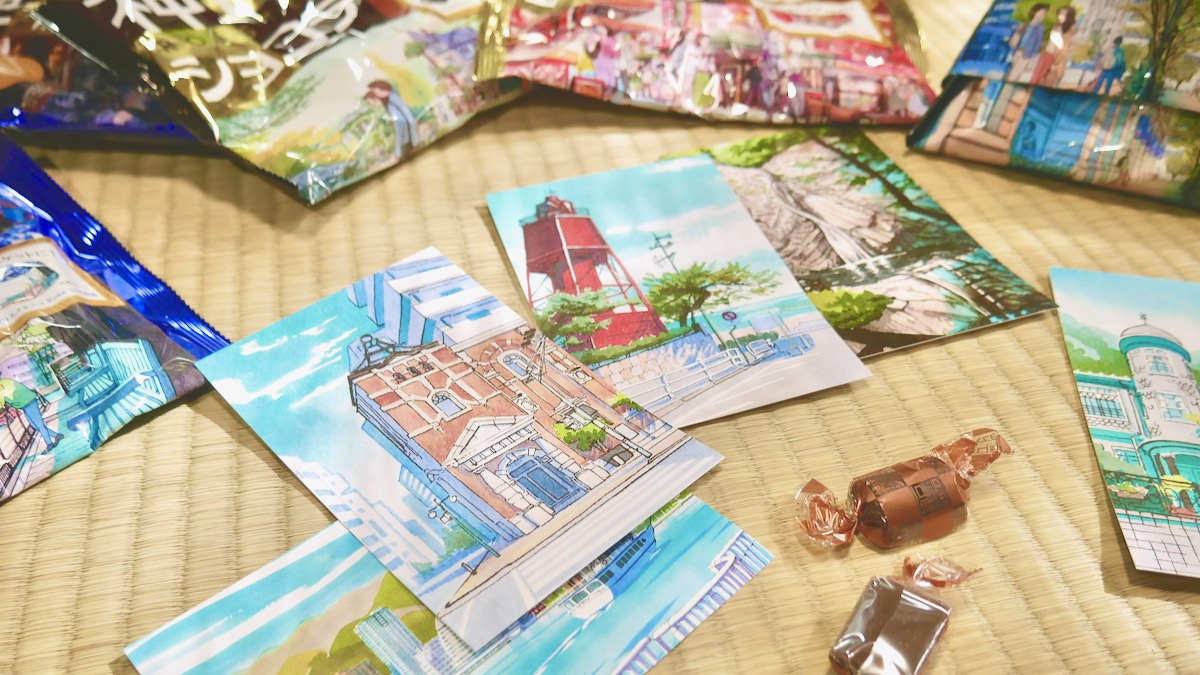 This is how the images look printed on product bags: 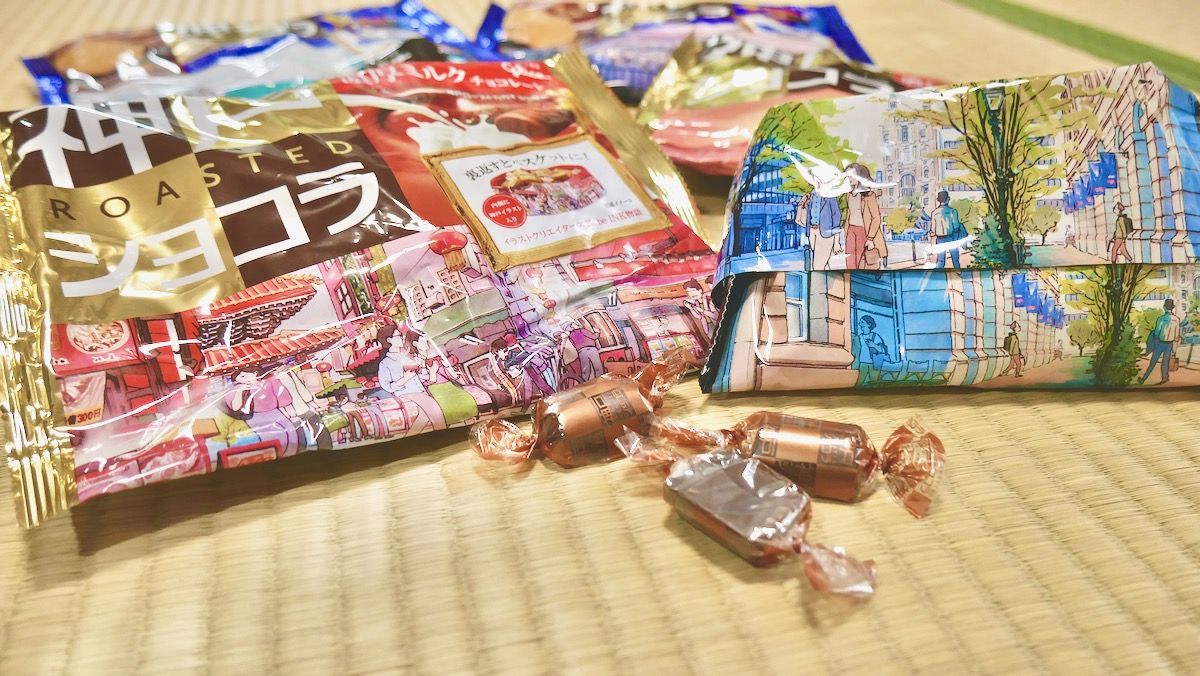 I painted all the illustrations using reference photos gathered during a long, three-day location hunting shoot taking us around all kinds of interesting spots around the city such as the Kobe port06, the foreign settlement district05 or the famous Akashi Kaikyo Bridge08.

Apart from the main illustrations I also painted a simple poster for the campaign and even stared in a short voice radio drama that can be listened after scanning a QR code from one of the chocolate packages. 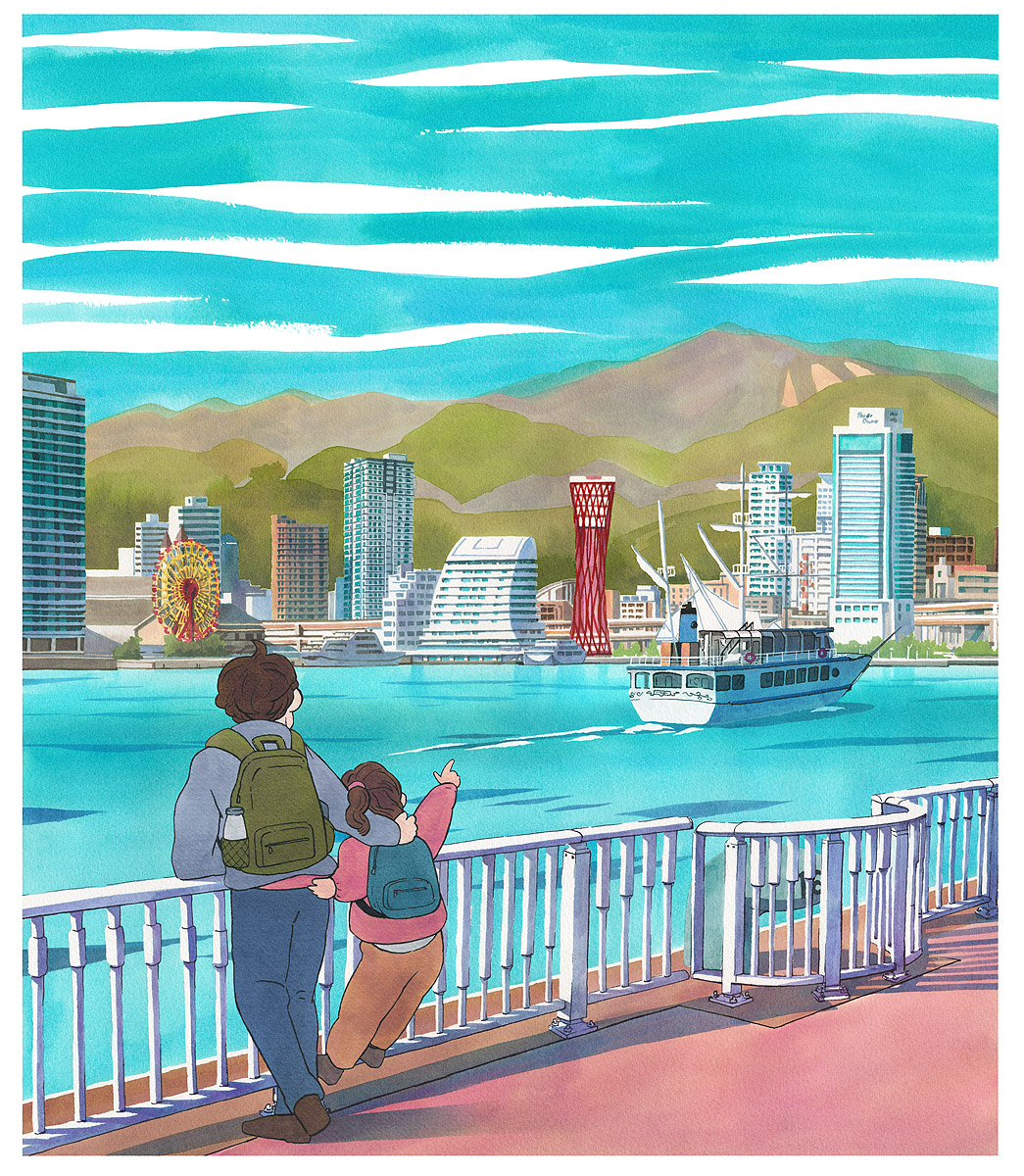 All the images and brands copyright by Ezaki Glico Co., Ltd