A set of illustrations of Japan for the 2021 year DOCOMO calendar.
DOCOMOの２０２１年カレンダーの１３枚日本風景のデジタルイラスト。

I was approached in 2020 by one of the major Japanese mobile service providers, DOCOMO, to create the illustrations for their next corporate calendar to be distributed to all of their branches and business partners in the coming year.

All the illustrations in this series feature Japanese vistas of cities or countryside where DOCOMO is trying innovative projects that use their mobile technology, like tracking cattle grazing freely on the Okinoshima island. I was happy for an opportunity to paint images of Japan spanning throughout all seasons that do not focus only on well known, famous places (though there are some in this series too). All the images were painted digitally using the Apple iPad Pro, and the painting application Procreate. This series was my first attempt at creating such large pieces this way, but the iPad proved to be a capable tool even in making such huge (more than 6000px), ready for print files.

Kana helped with this project, designing and painting the characters needed for some of the illustrations (April, June, and October). Her style of painting meshed well with the detailed but still painterly backgrounds.

The calendar also needed a cover, hence the thirteenth image in this series – a view on Tokyo’s skyline featuring the DOCOMO tower building. Sadly, this image was too big for the iPad and had to be painted in two parts (city and the sky separately) and put together in Photoshop later. 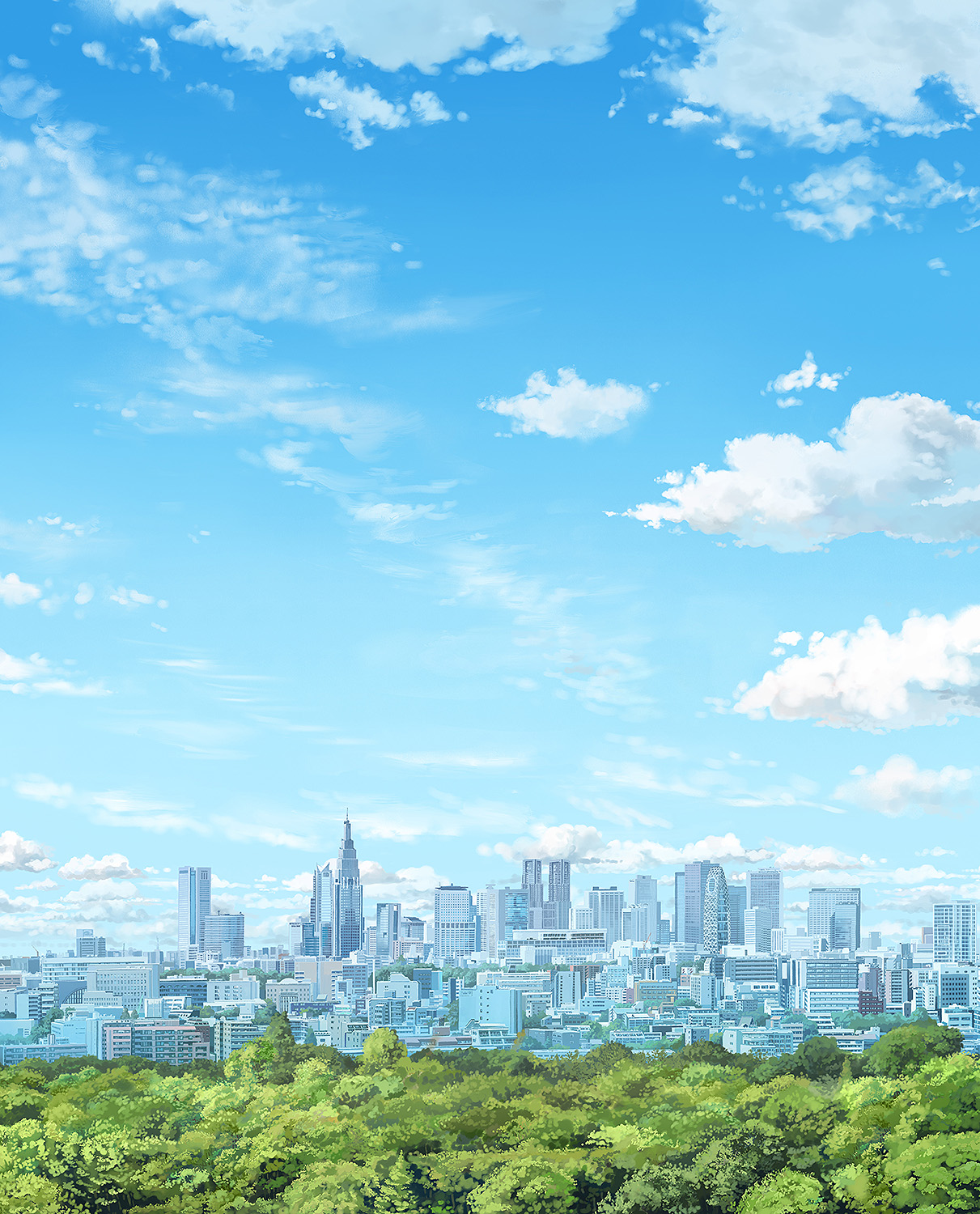 All the images and brands copyright by NTT DOCOMO, INC.